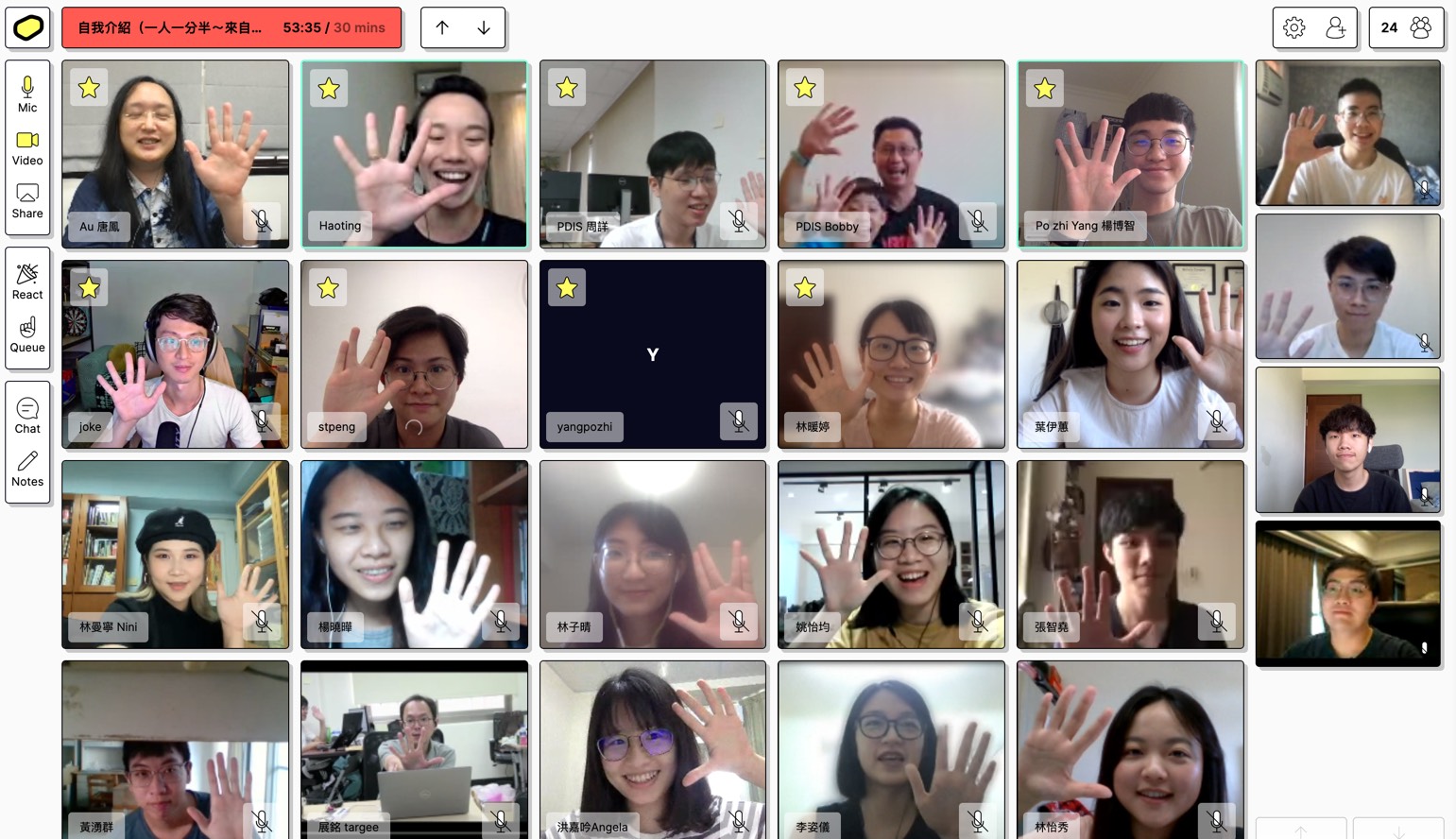 In Taiwan, young students from across disciplines roll up their sleeves over the summer to work with government agencies in the midst of the COVID-19 pandemic to revamp what everyone describes as “user-unfriendly government digital services.”

Introduction and problem being addressed

On Double Seventh Day in 2021, also known as the Lunar Valentine’s Day, which falls on the seventh day of the seventh month on the lunar calendar, four young students from design, research and information backgrounds spent the night online. Instead of going on a date, they were immersed in lively discussions with Forestry Bureau technical specialist Mr. Che-wei Chuang on how to optimize the user experience on the Taiwan Forestry Recreation website.

This episode took place in the fifth year of the Rescue Action by Youth (RAY 5.0), a project run by Public Digital Innovation Space (PDIS), an open government team led by Taiwan’s Digital Minister Audrey Tang. Fourteen college students from design, research and information backgrounds were recruited from a pool of 130 applicants to develop a website prototype over the summer to revamp what many would consider a “hostile” government digital service.

Taiwan had been hit by a surge of COVID-19 cases in May and physical meetings were still temporarily discouraged. These students, born in the Internet generation, were not new to digital tools such as Google Meet and Miro, and PDIS designed a set of online ice-breaking activities that allowed teammates who had never met each other to get acquainted quickly. Although there was less time for physical interaction, the students held online discussions together, conducted in-depth interviews with users, and worked in groups to redesign website prototypes for government services in a design thinking process. Each student devoted over 100 hours a month to this project.

The team responsible for redesigning the public childcare service registration system in Taipei City, for example, interviewed many new parents to understand their needs and the difficulties they encountered. The students, in the interview, were impressed by an account of a mother holding her child with one hand while trying out the registration system with the other, and made up their minds on the spot that they would make a mobile version that could be operated single-handedly.

In the past, civil servants were often unsure of how to design a service that would work well for the public because they “didn’t know how to identify user needs.” While members of the public often “feel” that government websites are difficult to use, these “feelings” do not know how to navigate through the bureaucratic maze to get input into the design process of government services. The RAY project builds bridges between the public and private sectors through the participation of young students, thus creating an opportunity for both sides to contribute and learn. “During the interviews, the students skillfully guided people to specify their real difficulties and needs, and it was only then that we realized what the users thought was quite distinct from what the civil servants had in mind, and that we are all so familiar with the service that it is difficult to see the blind spots in its practical use,” said Ms. Cheng, a social welfare department staff in Taoyuan City, whose volunteer recruitment platform system was also the target to be revamped by RAY 5.0.

This process also allowed the young students involved to appreciate the challenges posed to public service design: “Nothing is designed to be bad; instead of just picking on the flaws of a website, we should take a step further and ponder why the public sector is prone to these issues,” said Mr. Yang, a design major, adding that through collaboration with government departments, he and the civil servants were able to understand each other’s constraints and co-create a possible solution. Instead of empty talks, they were able to put ideas into practice, step by step. 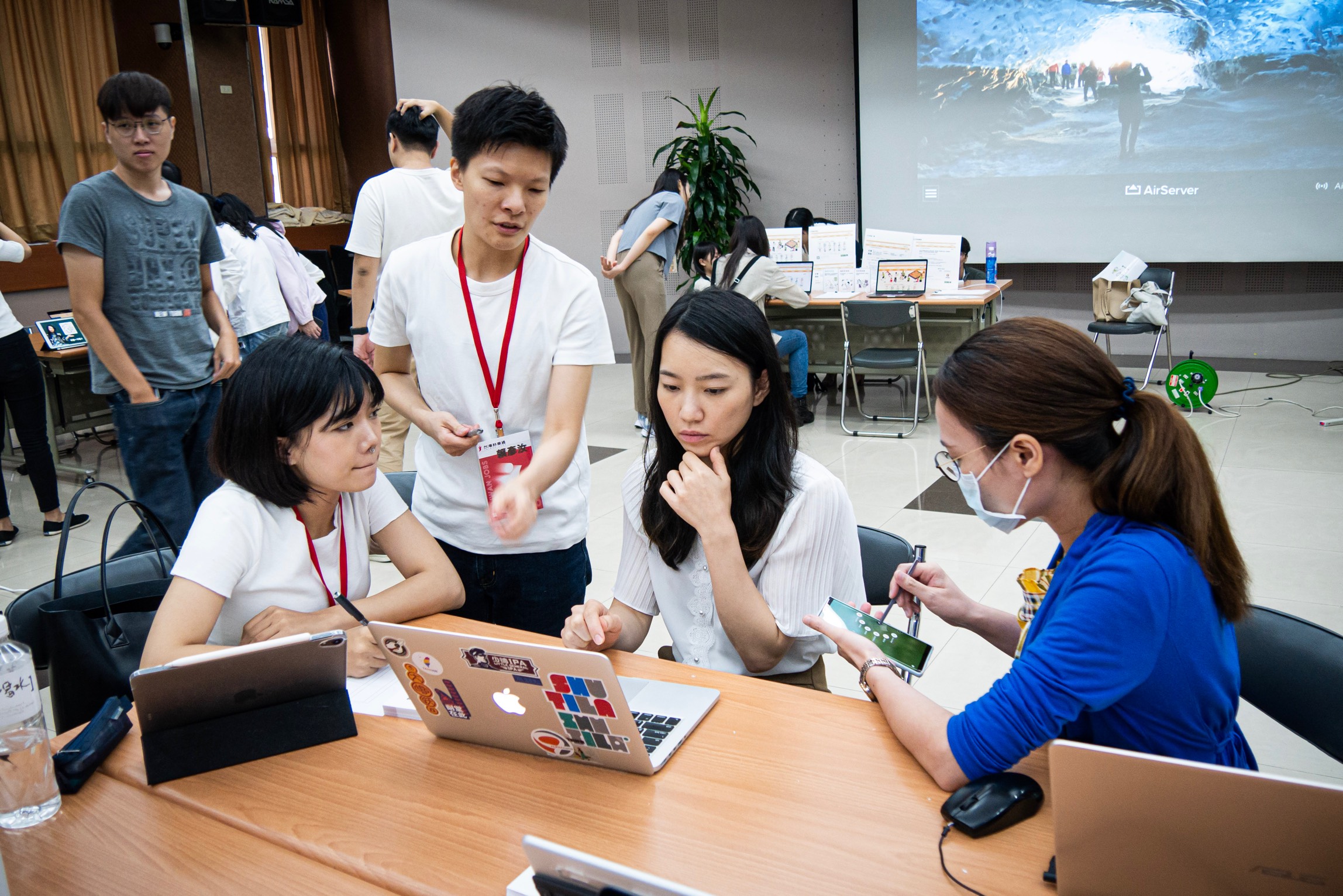 In 2021, Taiwan launched its first Open Government National Action Plan (OGNAP). Part of its commitments under the OGNAP is to provide young people with a channel to participate in the formation of government policies and to achieve empowerment of the youth. The PDIS RAY project is continuously working on how to create better ways for young people to get involved in public affairs, not just by dishing out policy ideas, but by rolling up their sleeves and taking part in the operations of the public sector, thereby transforming government services bit by bit.

The challenge for PDIS is to ensure that students on short-term internships can integrate smoothly into government operations and make a real difference. In 2017, the first year of the RAY project, PDIS developed a mix of physical gatherings and remote online working formats, with no clocking in and out of work, no office space taken up, but no less enthusiastic collaboration. Both between students and with the public sector, the interactions went beyond mere work duties and had a deep emotional bond at the same time—there was never a shortage of hearty food and laughter at RAY project gatherings. This work style, which is a mixture of the real and the virtual, the rational and the emotional, proved even more resilient when COVID-19 struck. 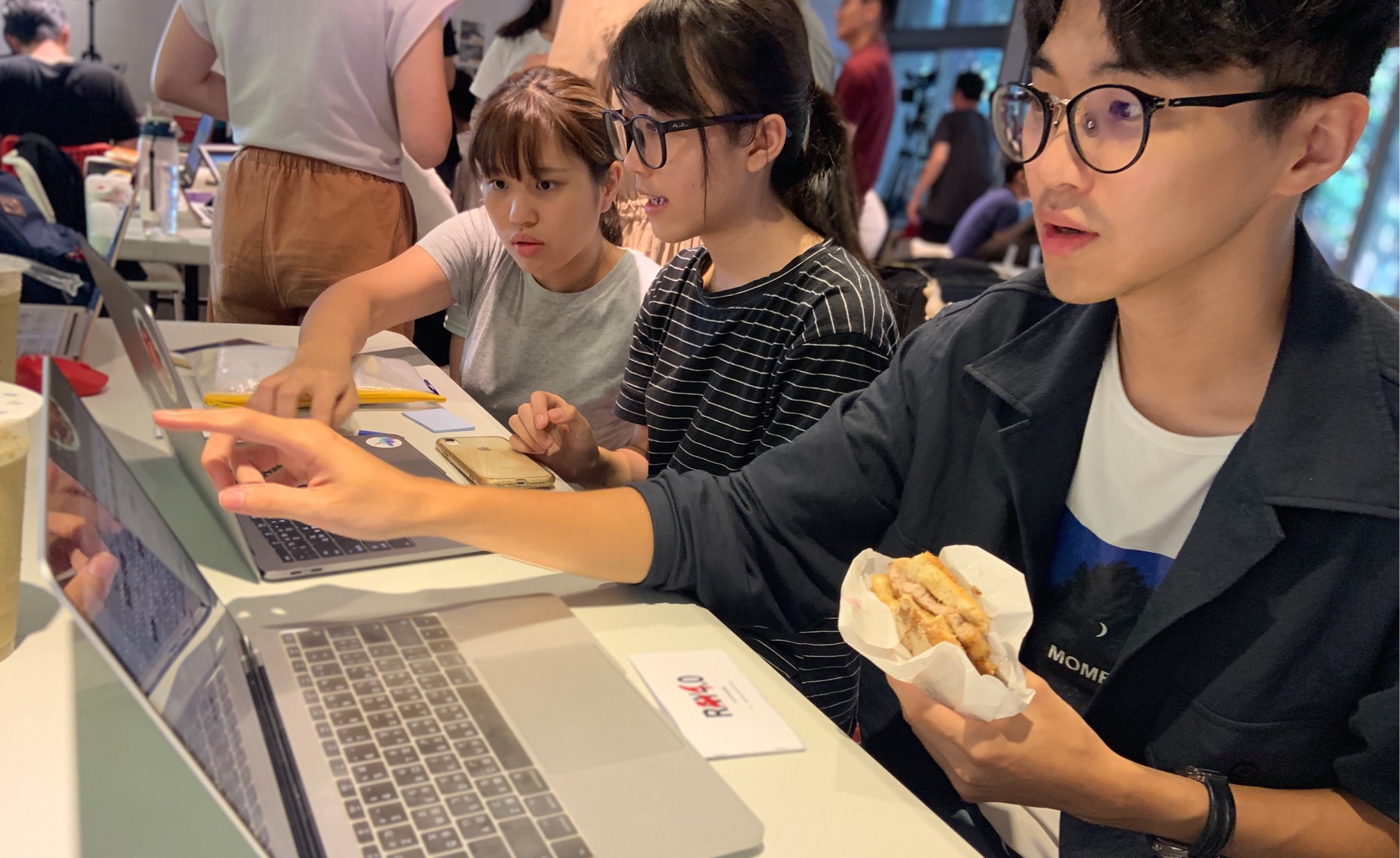 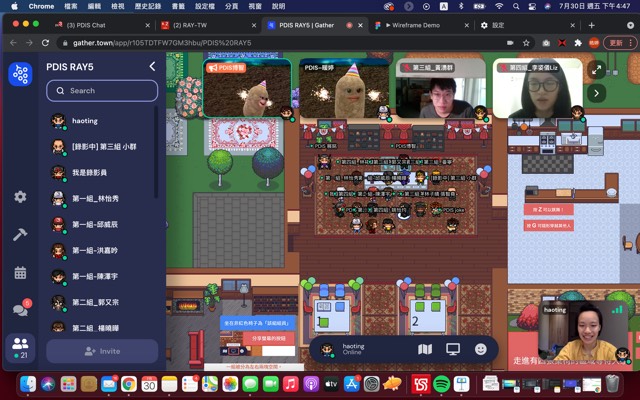 Another important entry point for the RAY project is to collaborate on tasks that the public sector does not have time for on a daily basis. In recent years, the RAY project has been geared towards the introduction of “user-centered” service design, which marks a starting point for smart government to create mutual trust and collaboration between the public and private sectors. While government employees are well aware of this, they often do not know how to get started and are often distracted by their busy schedules. The RAY project has come up with a design thinking-inspired internship process that allows students to be on the front line, interviewing users in the company of civil servants, testing and fine-tuning their design, and eventually creating a website prototype and related content for public servants to refer to and use. In other words, the work of students under the RAY project saves civil servants’ efforts, and their output puts the latter at ease.

Open government is a core concept that runs through the whole project. In addition to the involvement of multiple parties, PDIS has been documenting the entire process in text and video since the first year, and has released it online under a Creative Commons (CC) license for public access, with the aim of encouraging other government departments to replicate this workflow. The Youth Development Administration’s (YDA) “Public Sector Internship Program for College Students,” which provides financial support, has become in high demand recently, with many agencies competing for places, and as a result, PDIS has reduced the quota for students this year and offered the vacancies to other agencies.

The RAY 5.0 final presentation was delivered on the last day of August. PDIS invited senior government officials to attend the event where four groups of students showcased the outcome of their two months of in-depth research. Several government officials in attendance, including Minister Audrey Tang, had the opportunity to access their high-fidelity prototypes directly on the computer. Deputy Director Lin of the Forestry Bureau said happily, “This is what we wanted!” She then instructed her staff to initiate the procurement procedures forthwith, and these students, who had little business experience, could not hide their excitement.

In RAY 3.0, a specific website or system was selected to improve its interface or service process based on the needs of the public. The “Taiwan One-Stop Mountaineering Application Service” (https://hike.taiwan.gov.tw/), which integrates various online applications for national parks, nature reserves and mountain huts and campsites, is a representative example of RAY 3.0.

At the beginning of 2021, the YDA partnered directly with the RAY 4.0 youth team on the “2021 Youth Development Administration Website Revamp,” using the RAY 4.0 team’s user experience analysis and report as the overall goal of the whole website design and revamp (https://www.yda.gov.tw/), which stood out as the best example of collaboration between ministries, youths and suppliers to create a new website.

In other words, youth participation should never be a one-way experience. What matters most to PDIS is whether youth engagement can make a real difference. Only by leaving useful results behind in the public sector in every cooperation will they be able to motivate enthusiastic young people to keep getting involved every year, so that more government departments will welcome more young people with open arms.

The key to a smooth people-public-private partnership in the RAY project is to talk the talk and walk the walk. It goes straight to the heart of the matter, explores the needs of the users, forms a complementary role to that of the civil service, and finally produces a prototype that can eventually be put into practice. To put it another way, the RAY project not only brings the needs of the people to the public sector, but also regards the civil servants as users, and even in the case of administrative services, with the same user-centered design thinking, seeks to operate in an environment that is acceptable to all parties, with tangible results that allow the public sector to take over the next steps with minimal burden.

The collaborative model developed in the RAY project provides a concrete reference for government agencies to engage young people, and allows multiple stakeholders to find a foothold in open government through practical collaboration. 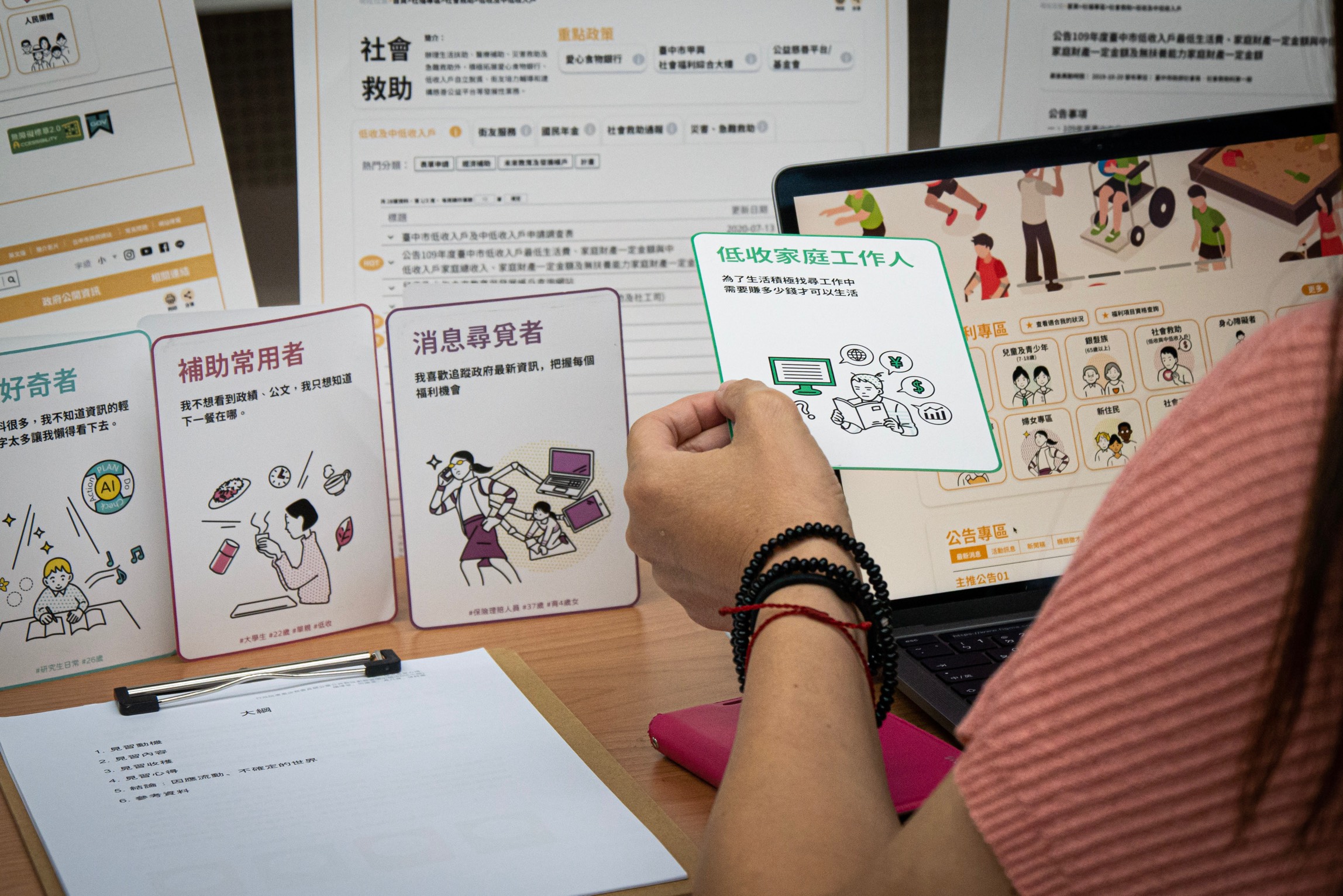 As Minister Audrey Tang said, "Open government is about transforming the government from ‘for the people’ to ‘with the people,’ and even to ‘after the people.’” RAY is a small-scale pilot project, but can give definite answers to the questions that must be answered in order to build people-public-private partnerships today.

First, how do we keep youth or civic engagement motivated? The experience of the RAY project shows that engagement does not need to set ambitious goals, but to bring about real change, and that the cumulative results of cases will be a source of sustained participation.

Second, how do we get government agencies to accept youth or citizen participation? The experience of the RAY project indicates that it does not require civil servants to change their working style overnight, nor does it try to impose an extra burden on the public service; instead, it identifies areas that government agencies want to work on but are not familiar with for collaboration, raises problems and solves them together to gradually foster mutual trust and reliance.

Also, how can youth/civic engagement be maintained during the pandemic? Online tools can overcome the space and time constraints of multi-party participation, and the pandemic has given people extra impetus to access online tools. But it must be a welcoming online engagement, where the user’s feelings are not neglected and where the interaction between the virtual and the real environment allows the participants to become more involved. The experimental model of work initiated by RAY five years ago has proved its resilience during the pandemic and is expected to become the new norm in the post-pandemic era.

The ultimate expectation of the RAY project, a cabinet-level youth engagement initiative, is that it can be replicated and scaled up in the public sector and government agencies. Through the participation of young people and their expert knowledge to understand each other’s experiences and difficulties, the expectation that public services are “supplied by the government to the people” will be shifted to that “services can be created by the people and the government together,” thus forming an inclusive public service. The RAY project exemplifies a new model of partnership building under Sustainable Development Goal 17, “Partnership for the Goals: Strengthen the means of implementation and revitalize the global partnership for sustainable development.” 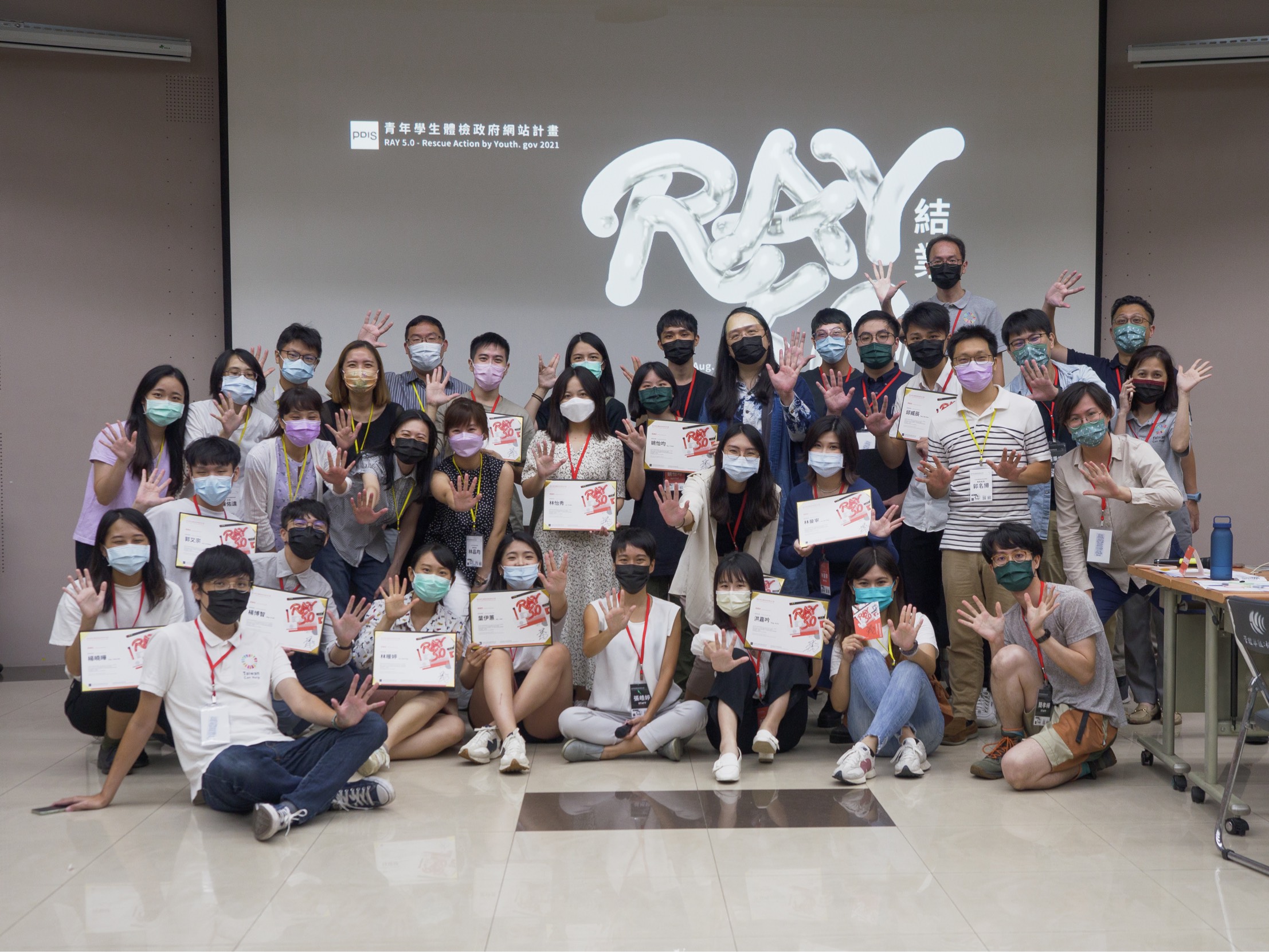